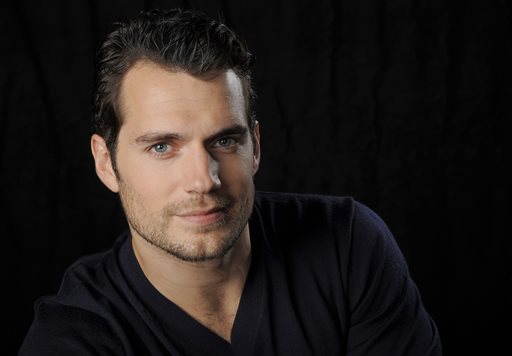 BURBANK, Calif. — With his dark eyebrows deeply furrowed and gleaming white teeth firmly clamped shut, Henry Cavill winces when asked if Superman is treated like a terrorist in “Man of Steel.” His reaction is somewhat understandable. The charming British actor should feel very protective of the character — one of the biggest icons in pop culture.

It’s a fair question though, given that Cavill’s Superman, his bulky frame encased in a deep-blue rendition of the Superman uniform, is handcuffed and attacked by the military at certain points in the retelling of the superhero’s origin. While the idea of Superman as a threatening outsider has been explored in other media, it’s new to the big screen.

“In the previous movies, it was just kind of accepted that he was a superhuman, but what would happen if this dude really did exist?” asked Cavill. “If he was discovered, he would probably be put in a room and experimented on. That’s very clear in his choices throughout the movie. He’s become very adept at being who he is — but just not so openly.”

“Man of Steel” centers on an adult Clark Kent — or Kal-El, as he’s known back on his home planet of Krypton — at the inception of his superheroic identity. (The name Superman is uttered only a couple of times in the film.) It’s a matter-of-fact account of how a much more hesitant Clark rises up and responds when earth is threatened by Kryptonian outcasts.

At the beginning of “Man of Steel,” which opens June 14, this version of the character doesn’t wear spectacles, work at The Daily Planet, soar through the skies or own any clothes with a giant “S” plastered across the chest. He’s a drifter. He says more with actions than words, something the 30-year-old star of 2011’s “Immortals” completely understands.

“As an actor, you spend a lot of time alone,” Cavill said. “You travel the world by yourself. You don’t have your buddies that you see on the weekend or at the office every day. You make temporary families, and you can only see your friends between jobs. I’m actually not a naturally superchatty person. It’s a skill I’ve had to teach myself.”

With an emphasis on folksy imagery instead of high-flying action, early “Man of Steel” footage suggested a darker take on the superhero. While the tone is certainly more emotional than previous live-action adaptations, the filmmakers — which include “The Dark Knight” director Christopher Nolan as a producer and writer — haven’t diagnosed Superman with depression.

“It’s not darker,” said director Zack Synder. “It’s just a more realistically realized version of Superman. We tried to apply logic to the story. He lives in our world. That’s it. It’s a straightforward protocol. We put him in our world without it being a joke. If we had made it a little lighter, maybe it would feel more like the Superman of the past.”

That’s exactly what the filmmakers didn’t want to do.

Nolan, Snyder and screenwriter David S. Goyer traded the bumbling, nerdy Clark in favor of a more contemplative one who stays under the radar working odd jobs. It’s far, far and away from Christopher Reeve’s jocular interpretation of the role, which Cavill won after earlier missing the part in 2006’s “Superman Returns,” which starred Brandon Routh.

Still, Snyder is quick to note that this edition of the Metropolis Marvel is “not not Superman.” For everything that feels different about the Superman in “Man of Steel,” there’s still plenty that’s recognizable, most notably, Clark’s highly principled attitude instilled in him by his Midwestern adoptive parents (played by Kevin Costner and Diane Lane).

“There’s a snarkiness to the world now, and the nice thing about Superman is that he’s a volunteer in the classic sense,” Snyder said. “If you really think about it, he has no life, other than to serve. I think that Henry, without making him sound like too much of a saint, naturally has that characteristic in himself. He’s not putting it on.”

Faith — to both God and country — is an integral theme in “Man of Steel.” There’s no looking past the religious allegories that have been associated with Superman mythology for decades. This Man of Tomorrow is 33 years old today and seeks counsel at a church in a time of crisis. Snyder believes his Superman supports religion but also questions it.

“It’s more interesting when someone is flawed,” said Amy Adams, who plays Lois Lane. “In the past, Superman is so hard to get into because he’s so perfect. I love that Henry plays him as a conflicted human being — or alien, as it were — with all these identifiable traits like fear, which we’ve never really seen before in this character.”

Another contrast to previous Superman lore is the evolution of the relationship between Clark and Lois, who’s portrayed by Adams as a take-no-prisoners, Pulitzer Prize-winning war reporter. She encounters the last son of Krypton before even he fully understands his intergalactic backstory. Ultimately, Superman needs Lois as much as she needs him.

“I loved how this relationship between Clark and Lois allowed for a subtle chemistry and mutual respect to develop,” Adams said. “I just thought there was something different to be explored within their relationship that we’re able to touch on a little bit in this film. She believes him, and that’s really rare for Lois. There’s an authenticity there.”

The expectations for “Man of Steel” are higher than any building in Metropolis. The film could accomplish for Warner Bros. what “Superman Returns” failed to do, namely, launch a film franchise akin to “The Dark Knight.” Paul Dergarabedian, box office analyst for Hollywood.com, expects it to leap over the $100 million mark in a single bound on opening weekend.